Get a Quote  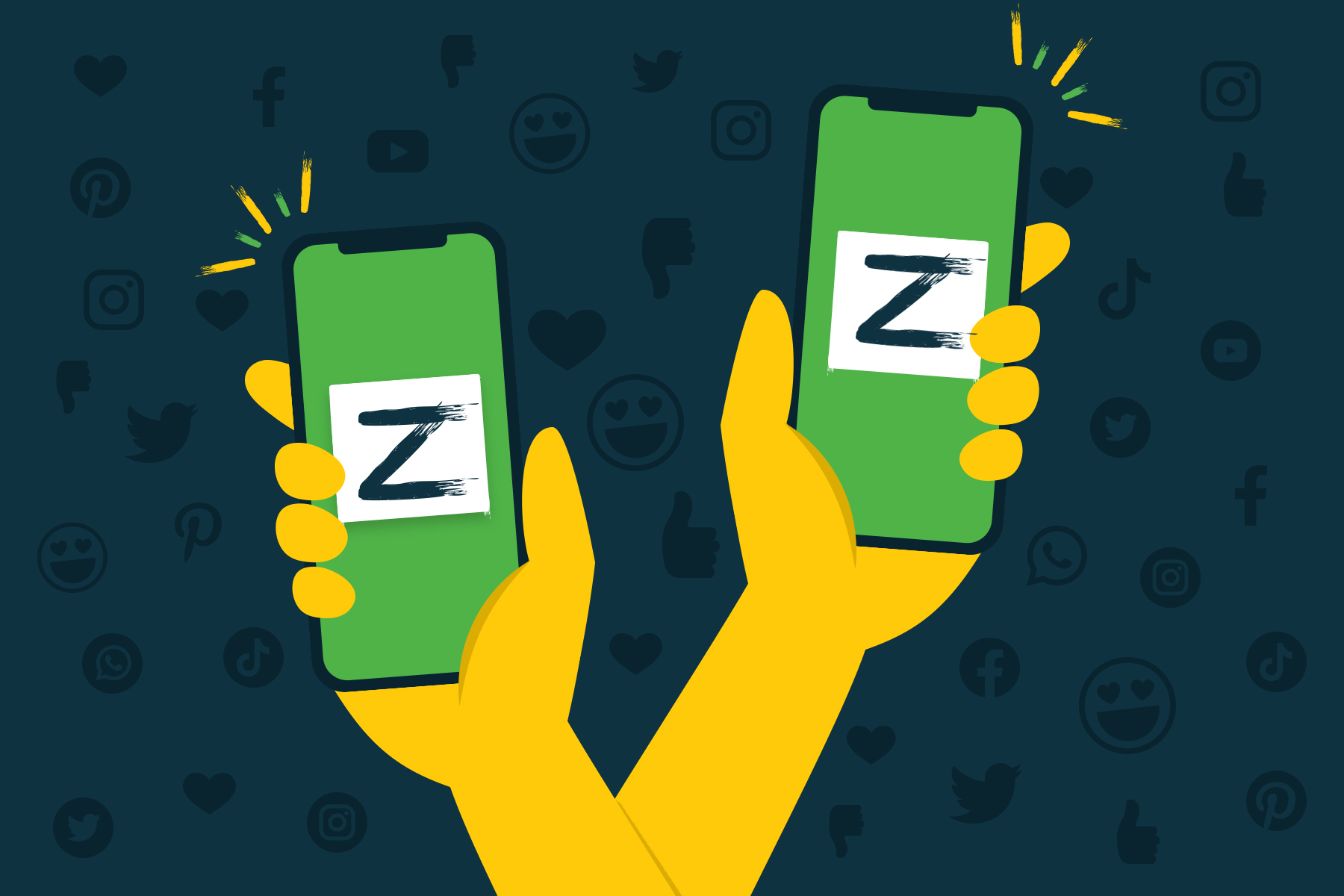 Who Are The Gen Z? 13 Things You Need To Know About The Social Generation

You’ve heard about them. They are chaotic, independent, and stuck on Tik Tok. The Generation Z are born from 1996 to ... 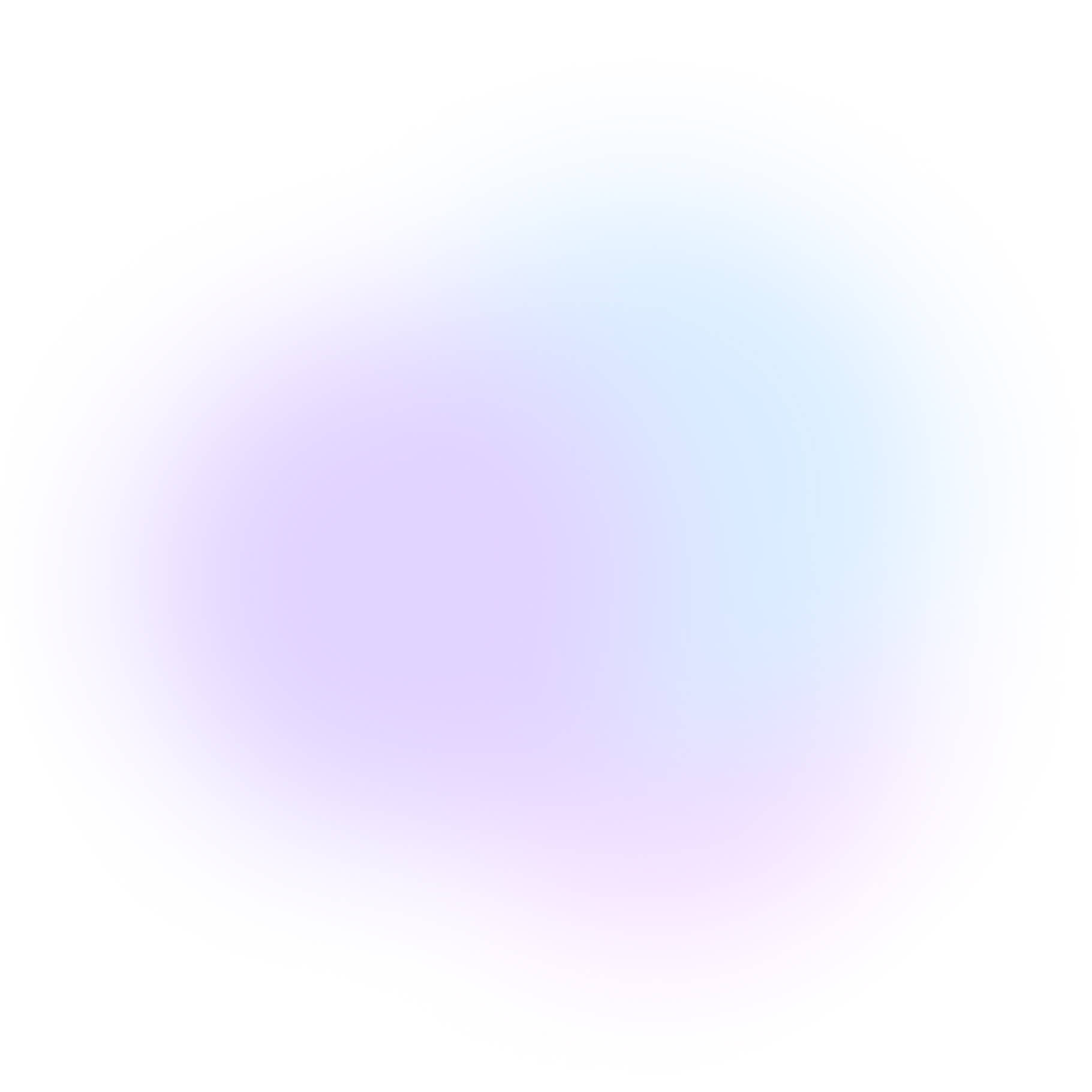 You’ve heard about them. They are chaotic, independent, and stuck on Tik Tok. The Generation Z are born from 1996 to 2009, just about finishing university and entering the workforce. But they are more than these 2D dimensional labels. Today we are going to break down who are the Gen Z.

The Gen Z is the most misunderstood generation to date and for your sake as a marketer, you have to understand them. Generation Zs are incredibly meticulous but also prudent. The generation which currently spans the ages of 7 to 22 and has a spending power of $143 billion.

Here are some of them to understand so you can more effectively market to them better:

Having grown up with Gen X parents, Gen Zs have inherited their sense of individualism. While also witnessing the world in the financial crisis has caused them to focus more on practical life choices, which will grant them financial and occupational security. Their access to technology has increased their options of starting businesses that will guarantee a successful career path and full creative control. That way, they run and control their businesses and can rely on themselves and a few close associates to get the job done and keep the proceeds in-house.

Gen Zs were raised in what is described as the most disruptive decade in history, which contributed to making them realize that real significant change is possible in the world regardless of its flaws. Through this, they are focused on fixing, changing and creating new solutions and opportunities that of course come first with destruction and disagreements. Gen Z’s chaotic nature could cause a lot of disagreements and misunderstanding between them and their Baby Boomer and Gen X bosses who believe in working with the system the way it is with little to no improvements.

Gen Zs are the first fully digital generation but this doesn’t mean that they completely disregard traditional methods of communicating. The general theory is that, since they have been exposed to technology and social media for all of their lives, they crave something different and more engaging. Therefore, what better way to achieve this, than through face-to-face communication, where facial cues can be read and body language can be interpreted.

They are interested in making the world a better place

Since they are “chaotic good-oriented”, they have the opportunity to cause drastic and meaningful social change. It is no news that Gen Zs blame Baby Boomers and Gen Xs for the bad state of affairs they and millennials have inherited. So of course, they do complain but they also take active steps to make sure that they cause drastic social change that benefits as many people as possible. People like Vanessa Nakate and Greta Thunberg have taken the world on a great ride into realizing and admitting that there is a problem that needs immediate attention.

They are competitive in nature

Individuals of this generation put in their all to find themselves on top in every competitive field. They include a generation with full investment and effort in their academic lives so they equally put effort in winning or proving successful among their peers. They hold the ideology that education is not merely about the proof of good grades but better behavior and character to secure them a place in the best educational institutions to further their studies and earn a chance to work in reputable organizations. Actually, they are yet to become the most educated generation, read more here.

The advent of technology and better ways of going about daily activities has made them expect immediate feedback in any form of interactions be it normal conversations, project work submissions or academic performance. Gen Z grew up in a completely digitalised world with little to no technological lag, and as a result, they have no experience waiting hours for downloads that will nowadays take minutes or even seconds. This has seeped into their daily lives and behaviours. They require almost immediate feedback in every action they take (academic, job interviews, online purchases) and can only wait so long to receive a response.

Influenced by the social cultures of their western counterparts, the African Gen Zs have grown up prioritizing financial security over jobs and opportunities that will fulfill them emotionally — this is unlike the Millenials before them.

They would rather sacrifice everything for insurance, a decent apartment and being able to afford three square meals because they realize that the reality of living a decent life while providing for themselves is better than their own passion-filled dreams.

They are getting bigger in number

By the end of 2020, it is expected that 36% of the world population will constitute more of Gen Z. It has been further studied that Gen Z makes up close to 360,000 global births per day and according to the U.S Census Bureau, about a quarter of America’s population belongs to Gen Z. This proves that Gen Zs are a large group of the world’s population and will continually grow bigger to lead their boomers and millennials in numbers.

As the most technologically-embedded generation yet, they have the world at their fingertips. They have the opportunity to connect and interact with people from all over the world with similar or different ideologies to learn from each other regardless of professional expertise or age.

They are the most amenable generation yet

Gen Zs are more open to social change and are not focused on groups that segregate the population. Rather, they are interested in joining forces and learning about other cultures even if it means adjusting the status quo to be more inclusive and tolerant.

They are more informed

With so much technology, Gen Z has the ability to get information as quickly as possible with no hassle of going to the library and physically scanning through literature for specific information. They have access to so much information that they tend to easily figure out which sources are reliable, truthful and with no bias. As a result, they easily see through lazy / gimmicky marketing campaigns.

In comparison to earlier generations, Gen Z is more diverse racially, ethnically and culturally. They are interested in engaging with different people from different backgrounds and providing a safe space for everyone to feel comfortable without judgement from others. They also support inter-racial and intercultural marriages (more than Baby Boomers, Gen Xs and the Silent generation) as they believe that those factors have no bearing on people’s identity.

The Social Generation are more educated than previous generations

Due to their access to technology, they have more information at their fingertips and are always yearning to know and learn more in a field or multiple fields. Like their millennial counterparts, they are not satisfied with basic and undergraduate college education; they want to go as high as they can afford to know as much as they can, to contribute to solving social problems.

The social generation is on track to improve the world for their descendants. They have no intention of backing down and compromising their values and ethics for temporary pleasures if the rest of the world suffers. They are a selfless generation and we can only hope for more of them in the future.

NB: All the facts here are inspired by the Pew Social Trends report: On the Cusp of Adulthood and Facing and Uncertain Future: What we know about Generation Z so far. 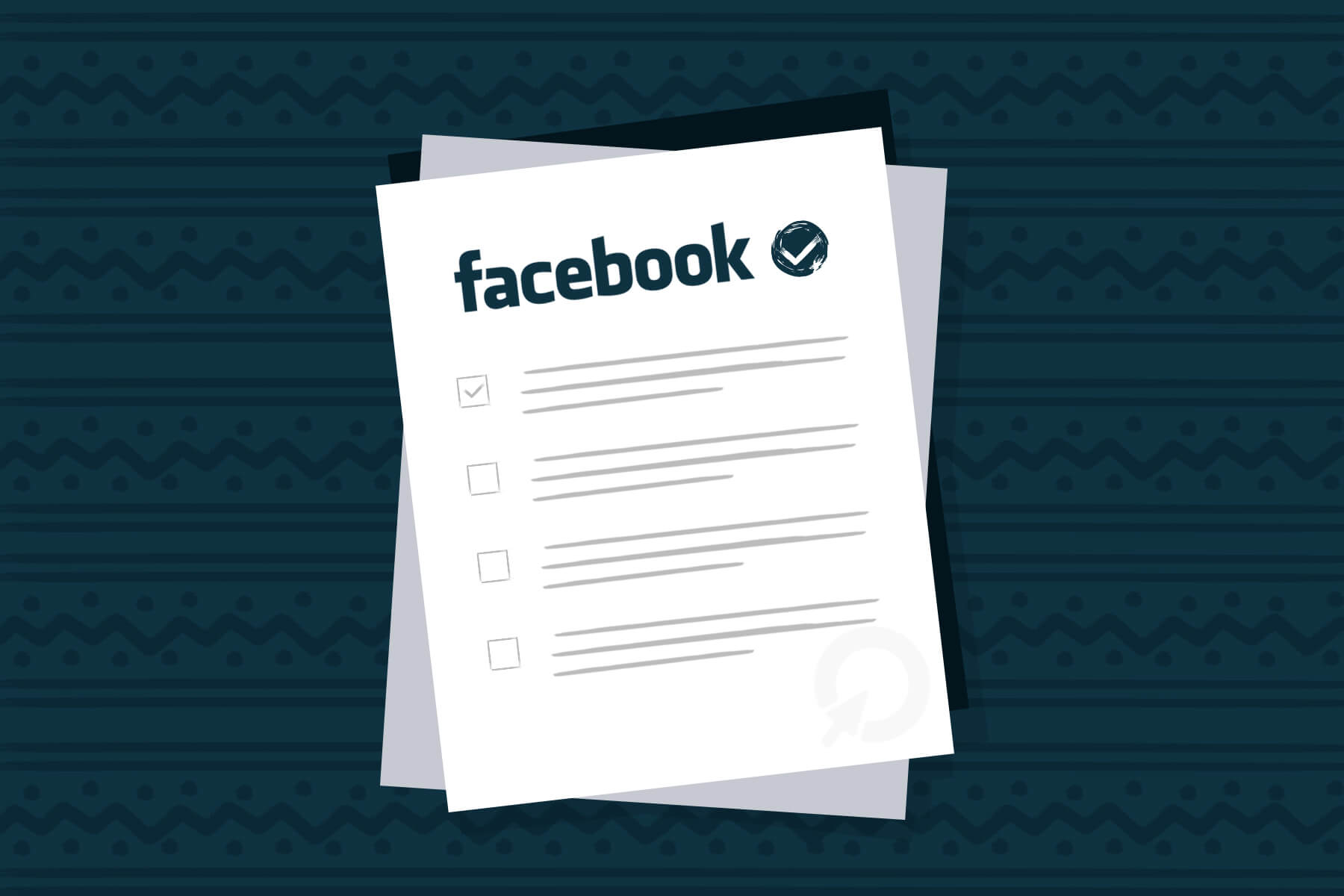 Having a blue tick next to your handle on social media is a big deal. Yes, believe it or not. Blue ticks are a fancy ... 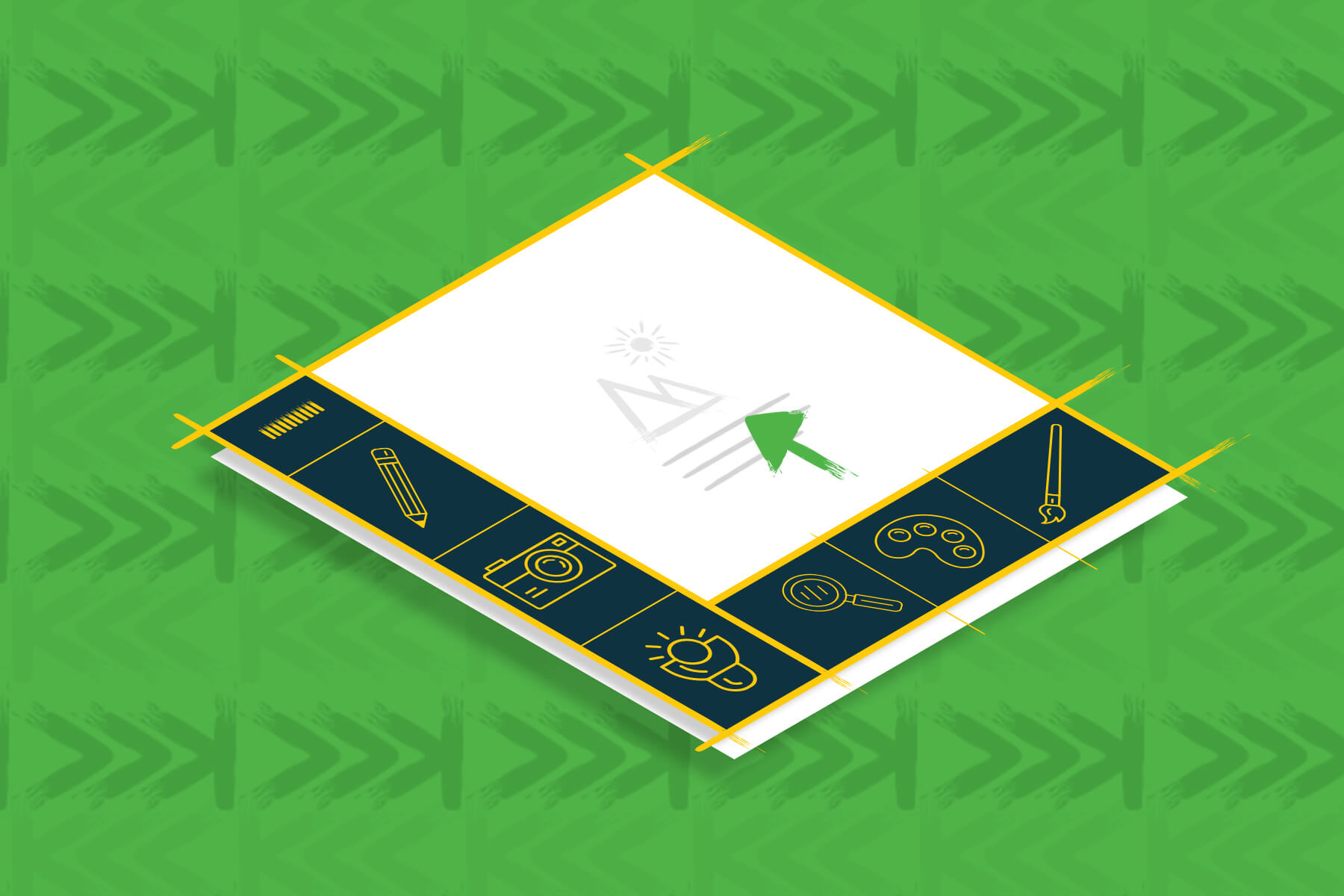 Content marketing is a definitive way to advocate for brand mindfulness and interface with your clients...